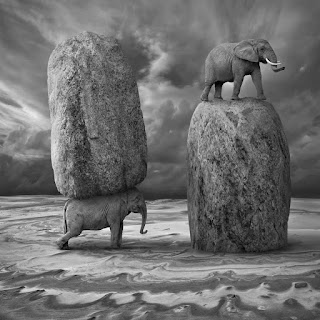 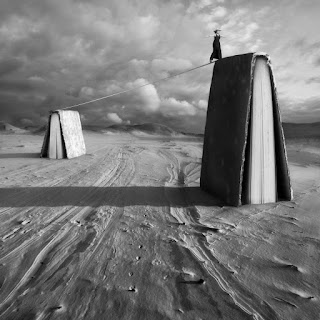 “My goal is to use history and universal symbols to encourage the viewer to think, or simply to make them smile.” - Dariusz Klimczak, Gdańsk, Poland, 2014.


Peter Adams
I have to admit I have never been a great admirer of photo manipulation. Most of its proponents are devoid of a sound idea or philosophy, with the result that there are so many totally crappy examples around.

Sticking a duck on a pond is no substitute for an idea. Removing an offending telegraph pole sticking out of someone’s head, or changing a frown to a smile, isn’t art, nor does it display a comprehension of the final image at the time it was captured. And while these days, changing a bland sky for an improbable one is a relatively easy technical exercise, it is often totally inappropriate and invariably dominates the final image.

The vast majority of final images are inevitably ghastly.

It takes a great photographic technician and – more importantly – an artist with imagination, an understanding of history and a solid philosophy to create a great piece of original photographic art.

Dariusz Klimczak has all of these.

I became aware and an enthusiastic admirer of the work of Dariusz Klimczak when I first saw his desolate landscapes and surreal objects a few years ago. His images break, bend and distort the laws of physics - creating work that is at the same time both evocative and makes the viewer smile.

I had no option! So in 2014 I decided I simply had to meet this amazing creative person face-to-face.

Dariusz Klimczak was born in 1967 in Sieradz, an old  town located on the Warta river in central Poland. He graduated from the Zduńska Wola Art School, where he studied painting, journalism and aphorism before focusing his attention solely on photography.

(NB: Aphorism: a terse saying, expressing a general truth, principle, or astute observation, spoken, written or illustrated in a laconic and memorable form).

We met over a coffee and then several jugs of orange juice, provided by a young waitress in traditional costume, at a roadside bistro in Gdańsk. Our conversation was measured and difficult - in that Dariusz’s english was limited and my polish was non-existant, so much of this article is based as much on post interview research as it is on what I recorded.

On the southern border of the Baltic Sea, old Gdańsk is a picturesque tenth century town that has experienced more than its’ fair share of destruction and chaos. The German attack on the city docks in September 1939 marked the start of WWll. In the city itself, hundreds of Polish prisoners were subjected to Nazi experiments, including the castration and sterilization of men and women (considered dangerous to the ‘purity of the Nordic race’) and beheading by guillotine.

In 1970, Gdańsk was once again the scene of anti-government demonstrations eventually leading to the downfall of Poland's communist leader Władysław Gomułka, and ten years later to the birth of the Solidarity trade union movement. Solidarity’s opposition, headed by its’ leader Lech Wałęsa, helped precipitate the end of communist party rule in 1989 and, in 1990, Wałęsa was elected as president.

Today, like so many picturesque historical places, the old town of Gdańsk has turned itself over to miniature tourist trams that meander around the narrow streets passing, amongst other stunning buildings, the largest brick cathederal in the world. Endless market stalls, selling amber beads and other knick-nacks line the streets and countless cafes and sell over priced Bigos – an uncompromising local dish made from over-stewed cabbage – to eager English tourists who want to drink-in the local colour and who attempt to conceal their white purulent flesh under their Dr Scholl’s sandals.

In 2005 Klimzcak won first prize in the Aphorism Contest in Nowy Targ. The aphorism in his work - his sense of simplicity and uncanny juxtaposition of everyday objects and lonely figures with deserted deserts and expanses of open sand-dunes - create artworks that are totally unrestricted in terms of imagination.

This approach inextricably links Klimczak to the surrealist movement.

These days we tend to throw the word ‘surreal’ around a fair bit when speaking about photographs and photographers, but Klimczak’s photographic works are possibly the closest - in both philosophy and execution - to surrealist painter Salvador Dali.

We can’t mention surrealism without thinking of the work of Salvador Dali, the Spanish artist born in 1904 who - by the time of his death in 1989 - had become the iconic, and eccentric, exponent of surrealism.

The surrealist movement seeks to question our perceived notion of reality, by focussing on the subconscious levels of our minds – for example our dreams and sexuality. As an art form it aims to shock and digress from conventional art, by encouraging dream-like imaginary. Surrealist art became a way of examining these dream worlds by bringing them to the surface and giving them a life of their own.

In 1980 Dali wrote “You have to systematically create confusion – it sets creativity free. Everything that is contradictory creates life” and while Dali’s images represent his own dreams and emotions, Klimczak’s work is more playful and perhaps more thought provoking because of their implied realism and technical perfection.

Dariusz grew up in a Communist country where people tended to keep their thoughts and aspirations to themselves. “They were strange, repressive times, and we were surrounded by censorship.” he says. “Today I feel free to express myself.”

Perhaps his extraordinary vision is a reaction to what he experienced in his childhood.

“Ten years ago I didn’t feel free. I was constrained in what I could say, so I developed a symbolic language which wasn’t direct, but which allowed me to express myself. It’s hard to describe the repression of my early childhood. Of course, these days young people have no experience of what it was like to live under Communist rule and can, pretty much, do and say whatever they wish.

“For the past 25 years, photography has been a very important part of my life, and ten years ago it became a true passion. I’m interested in creative photography – manipulated photography, but with a measure of reason. My manipulative work is a kind of visual Esperanto based on symbolism and everyday objects – only in this way can I create images that are distinguishable from the flood of pictures we are immersed in today.

“I am interested in creating an emotion in the mind of the viewer that will cause them to stop and contemplate and, by using universal symbols, I can strike (at a universal truth) or simply make them laugh.”

I photographed Dariusz in a local botanical gardens adjoining my hotel, wrapped up in a strip of red and white barrier tape. I have to admit I didn’t get to know him well enough to make a meaningful portrait – the best portraits come out of listening and observing and, as I have already mentioned, our conversation was constrained.

So I asked him if we could work on a portrait together. He liked the idea and a few months later I sent him a selection of basic portraits, asking him to turn the portrait into his own fantasy.

I love what he did.

Spotkaliśmy się w zeszłym roku w Gdańsku, po mailu, jaki dostałem od niego na fejsie. Jestem pewien, że Peter nie pogniewa się na mnie za to, że opublikuję jego fragment tutaj:
"Hi, My name is Peter Adams. I live in Australia. for the past 30 years I have been working on a book of photographic interviews with master photographers around the world called 'Who Shot That?'.
The collection now numbers some 500 portraits and interviews. A small book was produced in 2005 and I am working on the larger book at the moment - due for publication in 2015. You can see 72 of the portraits from the project on my websitewww.peteradams.com - I have attached a small PDF of some of the images from the project.
I will be traveling to Europe around the 15th May – 15th July 2014 to photograph a few final subjects for the book – I would like to include you in the book. Is there a possibility that we could meet? (...)". 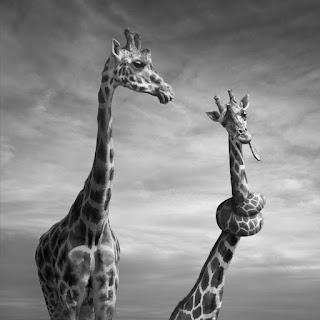 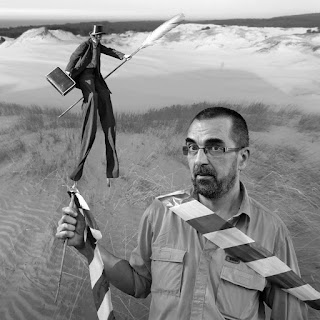 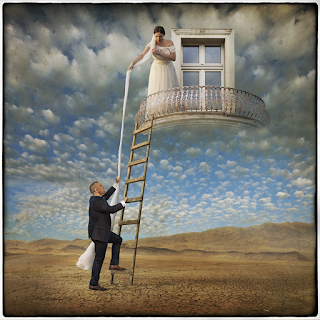